Typically, the horns are lyre-shaped with a pronounced curve and a spiral turn of more than 180 degrees. Horn thickness decreases progressively from the base to the very thin tip. While this is the typical Gredos horn conformation, other horn shapes may be found in this region and even in the same herd.

Mountains in central-west Spain, especially the Gredos and Batuecas mountains.

Typically, the horns are straighter than those of the Gredos ibex and have a spiral turn of less than 180 degrees. Horn thickness remains constant for half the length, then decreases toward the tip, which is not as thin as in the Gredos race. While this is the typical Beceite horn conformation, other horn shapes may be found in this region and even in the same herd.

Mountains of Beceite and Tortosa in northeastern Spain.

Smaller and lighter in color than the Beceite and Gredos types, but larger and darker than the Ronda type. Horn size and shape vary considerably from place to place, with those from the Sierra Nevada generally the largest. Horns from Tejada-Almijara tend to be the most distinctive, forming a circle with the tips growing toward the neck like those of a mouflon. The keel is smooth, making the horns almost round in cross-section.

The smallest type of Spanish ibex with the smallest horns. Overall color is a light brown. The horns resemble those of an Alpine ibex, typically growing upward in a V-shape, then backward with a spiral turn of only 90 degrees. Horn thickness is constant for half the length, then decreases gradually to the broomed tips. While this is the typical Ronda horn conformation, other horn shapes may be found in this region and even in the same herd.

Ronda Mountains in the southernmost part of Spain.

The greatest, most unique and most desirable hunting trip in Spain that will allow you to collect all four subspecies of Spanish ibex.

For the Ibex Slam we normally plan for 14 days driving around Spain. The history, beauty, gastronomy, culture and the different landscapes will enrich your experience (this trip is an amazing hunting/sightseeing combo), as we drive  from place to place to reach  all four ibex locations to hunt them in their natural and native habitats.

We recommend coming during the rutting season. If you add the two chamois (Cantabrian & Pyrenean) to the Ibex Grand slam, you will collect 6 of the 12 Capra World Slam, as well as saying you have done the Spanish Capra Slam.

A smaller race, with stags weighing 180-220 lbs (82-100 kg). Compared to the European red deer, the coat is not as thick and is somewhat lighter in color. Antlers are not as long or heavy, but are still very fine, sometimes with as many as 18-20 points (or even more) and a high incidence of crowning.

Spain. There is also a small population in southeastern Portugal.

Male shoulder height reaches 36-43 inches (91-109 cm). Weight 140-220 lbs (64-100 kg), sometimes more. Females are smaller. Medium-sized, with more color variations than any other deer. The four principal ones are: (1) typical-summer coat of rich brown with white spots and lighter underparts, changing to dark gray-brown in winter with spots barely visible; (2) menil-pale fawn with white spots; (3) white (but not albino); and (4) black-not actually black, but very dark brown. There are many intermediate color variations. Antlers have brow and trez tines (bez tines are usually absent), and are well palmated at the top, with a number of tines coming off the rear edge of the palmation.

The smallest and most elegant native deer in Europe. Coloration is rich reddish-brown in summer, with a gray face, white chin and black muzzle band. Rump patch is obscure. Winter coat is grayish-brown, with two white throat patches and a prominent white rump patch of erectile hairs that can expand under stress to form a large white disk. Tail is small and white, invisible against the rump. A few melanistic (blackish) roe deer occur in the Netherlands and northwestern Germany, but are rare elsewhere, as are other color variations such as black-faced, albino, black and white, and brown and white. Normal antlers of a mature buck consist of a main beam directed upward, with a lower forward tine and a higher rearward tine making three points to a side. (However, non-typical antlers with 4-5 points on a side are not uncommon.) Antlers have a very rough burr (coronet) around the base and grow so closely together that the coronets in mature animals usually touch. The skull is broad, with a compressed muzzle. The female does not grow antlers but will occasionally grow coronets without any antler growth. In winter, females grow a prominent anal tuft of long hair that may be mistaken for a tail.

Generally, throughout Europe, except Ireland, central England, the far north, most of Portugal, and the Mediterranean islands. Found as far east as the Don River in Russia, and perhaps even as far as the Volga River.

European roe deer are also found in southwestern Asia, where they occur on the southern slopes of the Caucasus Mountains, in Anatolia (Asian Turkey), the northern tip of Iraq, and northern Iran.

Male shoulder height reaches about 28 inches (71 cm), average weight is 100-110 lbs (45-50 kg). Females are smaller. The Balearian goat browses on leaves, twigs and weeds and is therefore a highly destructive feeder. Able to climb trees and feed in the branches. They are diurnal and all senses are good.

Mallorca, one of the Balearic Islands in the Mediterranean Sea. They are mainly on the entire west coast and northwest of the Sierra de Tramuntana, and the Formentor, Alcudia and Artá Peninsulas.

Male shoulder height reaches 30-47 inches (76-119 cm). Weight 150-400 lbs (68-181 kg), sometimes as much as 700 pounds (317 kg). Females are somewhat smaller than males and have much smaller tusks. A medium-sized animal with a thick body, relatively thin legs, a short neck, and a long, pointed head ending in a disklike snout. Coat is dense, bristly hair, brownish-gray in color, sometimes with cheek whiskers and a neck mane. There are no facial warts. Each foot has four toes, the middle two supporting the body, the two lateral toes (false hooves) higher up and not touching. Canine teeth are usually well developed, forming tusks. Upper tusks grow outward and backward; the lower ones grow upward and backward, tending to form a circle. Tusks will usually wear against each other, honing sharp edges. Stomach is two-chambered and non-ruminating.

Most of Europe except the British Isles and Iceland. Not native to Scandinavia, but there are introduced animals in southern Norway and Sweden. For record-keeping purposes, all European populations are considered indigenous.

Outside Europe, the Eurasian wild boar is also native to northern Africa, mainland Asia south of latitude 48°N, and the islands of Sri Lanka, Sumatra, Java, Taiwan, and Honshu (Japan). Introduced in many other parts of the world.

It is a rotund bird, with a light brown back, gray breast and buff belly.

Its face is white with a black gorget. It has rufous-streaked flanks and red legs. When disturbed, it prefers to run rather than fly, but if necessary, it flies a short distance on rounded wings.

The red-legged partridge (Alectoris rufa) is a gamebird in the pheasant family Phasianidae of the order Galliformes, gallinaceous birds. It is sometimes known as French partridge, to distinguish it from the English or gray partridge.

This is a seed-eating species, but the young in particular take insects as an essential protein supply. The call is a three-syllable ka-chu-chu.

Summer coat is reddish, turning brown in winter. Underparts are pale. Rump, throat, lower jaw and front of face are yellowish. Larger and darker than the Cantabrian chamois, with longer, thicker horns.

Locally in the Pyrenees mountains of northeastern Spain and southern France.

The smallest chamois, with the lightest coloration. Summer coat is reddish, turning brown in winter. Underparts are pale. Rump, throat, lower jaw and front of face are yellowish. Smaller and paler than the Pyrenean chamois and with shorter, slimmer horns.

One of the world’s smallest wild sheep, resembling a slim domestic sheep except that it has a normal coat of hair, any wool being concealed beneath. Upper parts are reddish-brown with a pale (almost white) saddle patch in the winter coat. Underparts, rump, lower legs and muzzle are white. There is dark neck ruff but no bib. The horns usually grow in a tight circle, with the tips turned inward toward the face and broomed back to about a three-quarter curl. In a purebred European mouflon, the tip-to-tip spread should not be the widest spread. Females sometimes grow small horns, but usually do not.

Male head and body length 3-5 feet (0.9-1.5 m). Tail length 13-20 inches (33-51 cm). Shoulder height 26-32 inches (66-81 cm). Weight 80-120 lbs (36-54 kg), sometimes considerably more. Females are about 20 percent smaller than males. The gray wolf is the largest wild member of the dog family and is the ancestor of the domestic dog. It resembles a large German shepherd dog, with its heavy frame, long legs, large feet and thick, bushy tail. The skull is especially large, with powerful jaws and large, well-developed, meat-eating teeth. Like most canids, it has 42 teeth (i3/3, c1/1, pm4/4, m2/3). The fur is moderately long and thick. The overall color varies from grayish-brown to yellowish-brown, and there may be a reddish tinge on the head, ears, shoulders and legs. Northern specimens tend to be large, gray and long-haired; southern ones are smaller, brown and short-haired.

Biologically intermediate between a sheep and a goat, the aoudad is a strongly built animal with a short mane on neck and shoulders, and long, flowing hair on throat, chest, forelegs (where it forms pantaloons or chaps) and tail. Overall coloration is sandy brown with paler underparts. The thick, sheeplike horns (both sexes) are triangular in section and supracervical, which means they curve to form a semicircle above the neck. Females are lighter in color, and have much smaller horns and less hair.

Introduced on several properties in Spain and elsewhere in Europe. The Sierra Espuña National Park in Spain has a free-ranging population of about 1,500.

We organize private driven hunts and partridge shooting in our premium areas, please contact us to organize your hunt. 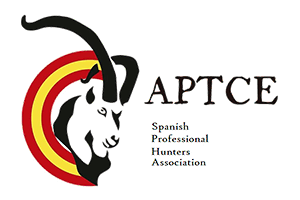